The Italpetroli group (now SoDeCo) manages the coastal oil depots in the ports of Civitavecchia, Vibo Valentia Marina, Gioia Tauro and Crotone, the latter two not operational. In Civitavecchia, the Italpetroli group has also built and manages the off-shore oil tower (SPM; Single-Point Mooring buoy) and the oil pipeline system that connects it to the coastal deposits of white petroleum products (petrol, diesel and jet-fuel) and to the TVS and TVN thermoelectric power stations, once fueled by heavy fuel oil.
Civitavecchia is the largest independent private depot in Italy in terms of overall potential storage capacity. Once part of the Sensi group, then of UniCredit, today of the Ludoil group, it is connected to the off-shore oil tower through a system of 14 km of 22” oil pipelines, partly off-shore, partly on-shore in the area of the two thermoelectric plants and the port.
The Civitavecchia depot serves the internal market for petrol and diesel, by refilling the products on tank trucks, and the Fiumicino international airport via a special oil pipeline.
For over 10 years Studio Santi has been providing the Italpetroli group with energy engineering and consulting services. 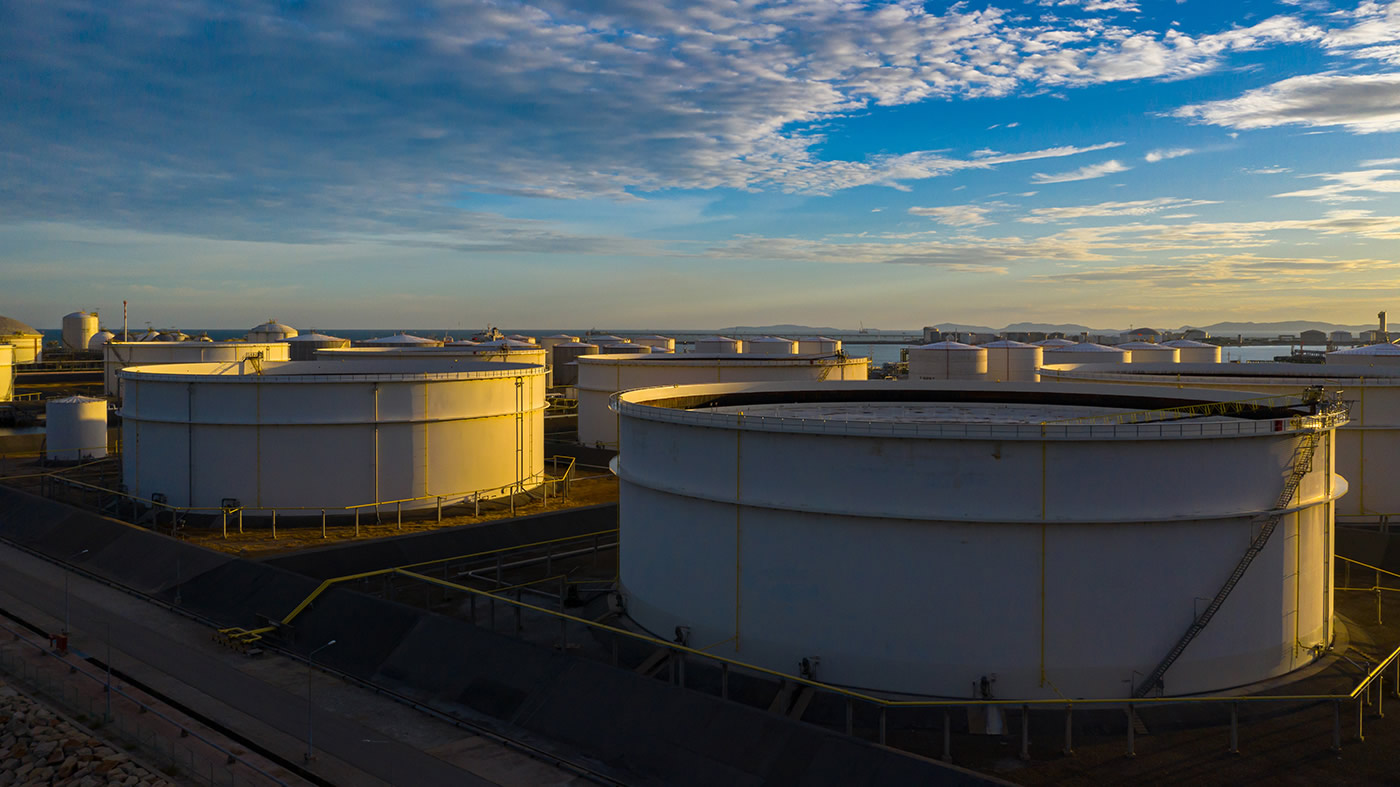 In 2009, comparing magnetic particle surveys made with intelligent pigs (MFL) carried out by Rosen Inspection Technology, Studio Santi discovered that the internal steel surface of the two oil pipelines called “K” and “P”, which are 14 km long and have an external diameter of 22”, was severely attacked by sulphate-reducing bacteria which were rapidly reducing its thickness in many points along the entire track. Studio Santi has therefore studied a rehabilitation intervention through the chemical and mechanical cleaning of the internal surface of the pipelines themselves, to restore the metal to the “almost-white” state (according to NACE 2 terminology), through brush pigs and batch acids and bactericides treatments, as well as to completely coat it with a special two-component epoxy resin of American production (DAFOE DEVCHEM 257), applied by batch between pig trains and with a design thickness of the dry film equal to 280 μm.The intervention was carried out in 2010 by the American firm IPS under the direction of Studio Santi and was perfectly successful. The metallurgy department of Sapienza University carried out the tests on the applied coating and, after more than 10 years, the pipeline system still continues to transport hundreds of thousands of tons of white petroleum products every year. The exceptional intervention was a worldwide case and was taken up by the international magazine World Pipeline in February 2011 with an article entitled “The Italian Job”.

Studio Santi has periodically conducted, every 2/3 years in the last 10 years, the fit-for-purpose assessment studies of the K and P pipelines after the rehabilitation intervention using in-situ cleaning and coating. This verification activity is a unique case in the world, for its complexity of investigation, depth of analysis and technological innovation. In fact, for measuring the thickness of the steel of the K and P pipelines after rehabilitation, since smart-pig MFL cannot be used in order not to risk that the magnets and the metal of the heavy pigs damage the resin coating, the multinational Rosen Inspection Technologies used ultrasonic smart-pigs (UT), but was unable to carry out a complete and reliable check due to the high thickness of the resin coating itself. Studio Santi therefore had to carry out a partial engineering assessment, which ascertained the integrity of the resin coating, but was unable to assess the actual steel thickness of the pipes. Rosen therefore used – twice after two years – the SIC technology, with Foucault current sensors. Also in this case, thanks to the comparison of the two surveys, Studio Santi was able to verify with complex statistical models the effective arrest of bacterial corrosion, but not the actual thickness of the metal, especially in some critical points, due to the difficulty of calibrating the Rosen models of raw data interpretation. Finally, Rosen has developed a new type of MGL smart-pig, with sensor arrangement and use of special pads, in order to avoid to damage the resin coating. In two subsequent periodic inspections with these special MFL smart pigs, again at about 2 years from each other, Studio Santi was able to complete the fit-for-purpose assessment.
The pair of K and P oil pipelines were among the most analyzed in the world, almost constituting a laboratory for testing inspection technologies (Rosen used 4 of them: MFL, UT, SIC and MFL with special runners, taking them to their limits, with the engineering guidance of Studio Santi in terms of specifications). Studio Santi has therefore effectively saved the oil infrastructure of the port of Civitavecchia, otherwise destined to be closed in 2010, not only by designing and having the rehabilitation intervention carried out, but by guiding the subsequent phases of periodic instrumental verification carried out for a decade by the international Dutch/German company Rosen Inspection Technologies, world leader in oil and gas pipeline inspections. It is no coincidence that Studio Santi was invited to give the inaugural speech of the new Rosen research center in Lingen, in front of the Prime Minister of Lower Saxony. Ten years after the intervention and 20 years after manufacture, the oil pipelines will now have to be subjected to careful monitoring and possibly extraordinary maintenance by the current manager.

Studio Santi has designed, directed the works and coordinated the safety for the complete refurbishment of petrol, diesel and jet-fuel tanks – in particular TK5, TK6, TK10, TK12, with capacities between 10,000 and 20,000 cubic meters – at the coastal deposits of Civitavecchia.

For the off-shore oil tower and the oil infrastructure in the port of Civitavecchia, Studio Santi has developed and updated plans, programs and ordinary and extraordinary maintenance interventions, also carrying out assessments of the related investment plan.

Three times in the last 10 years, first with the Sensi ownership, then UniCredit, and finally Ludoil, Studio Santi has carried out technical-economic feasibility studies and preliminary designs for the refurbishment of the coastal oil depot in the port of Gioia Tauro, with a capacity of around 40,000 mc, built with the funds of L. 488 and never entered into operation for legal and administrative disputes. Studio Santi has designed various scenarios for the use of the infrastructure (feeder bunkering and large container ships, the oil market in Calabria, relocation of the Vibo Valentia and Crotone depots, intermodality, biofuels, etc.) as well as identifying safe docking and landfill points for oil tankers and barges inside the channel port of Gioia Tauro, presented and discussed with the local Port Authority.

Studio Santi has drawn up a part insurance appraisal for the damage to a 22” riser pertaining to the offshore oil tower of the port of Civitavecchia, up to a depth of -55m above sea level, worth almost 2 million euros regularly compensated. For the replacement of the damaged spool-piece, Studio Santi designed and directed the intervention, also coordinating the safety. The intervention involved underwater works carried out by a specialized team, with supervision from the boat and use of hyperbaric chambers and diving bells.

Together with Mangialavori (ISPRA) for the environmental aspects and SJS for the nautical aspects, Studio Santi has conceived and developed an innovative concept of an offshore terminal for the reception of liquefied natural gas (LNG), with low environmental impact and safety, transforming the Civitavecchia oil tower for this purpose. The concept involves the use of LNG Regasification Vessel and a pair of semi-submerged buoys for the ship-pipeline network connection, normally used by the oil industry. Studio Santi developed the concept, obtained preliminary authorizations from Snam Rete Gas and the Port Authority, promoted the signing of MOU between the Italpetroli group and Exmar (LNG-RV shipowner) and the Norwegian STL. Today, the offshore tower is still used for the landing of oil tankers; once the oil traffic has been transferred to the new “large mass dock” as conceived by the port masterplan, the project may eventually be resumed and developed. 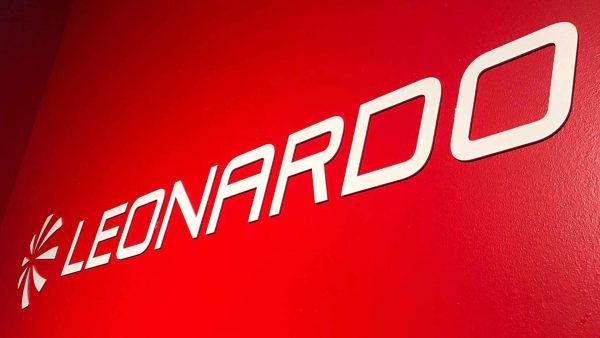 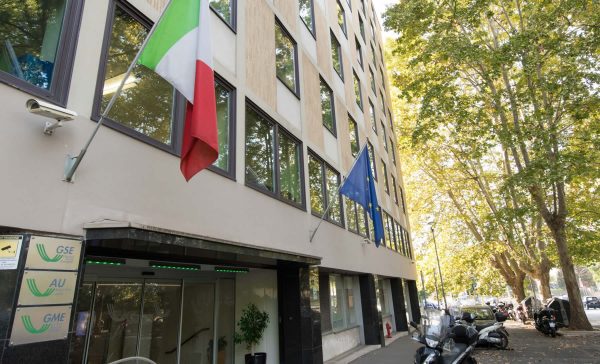